Find out more about our experienced team,
from leadership to the research team. 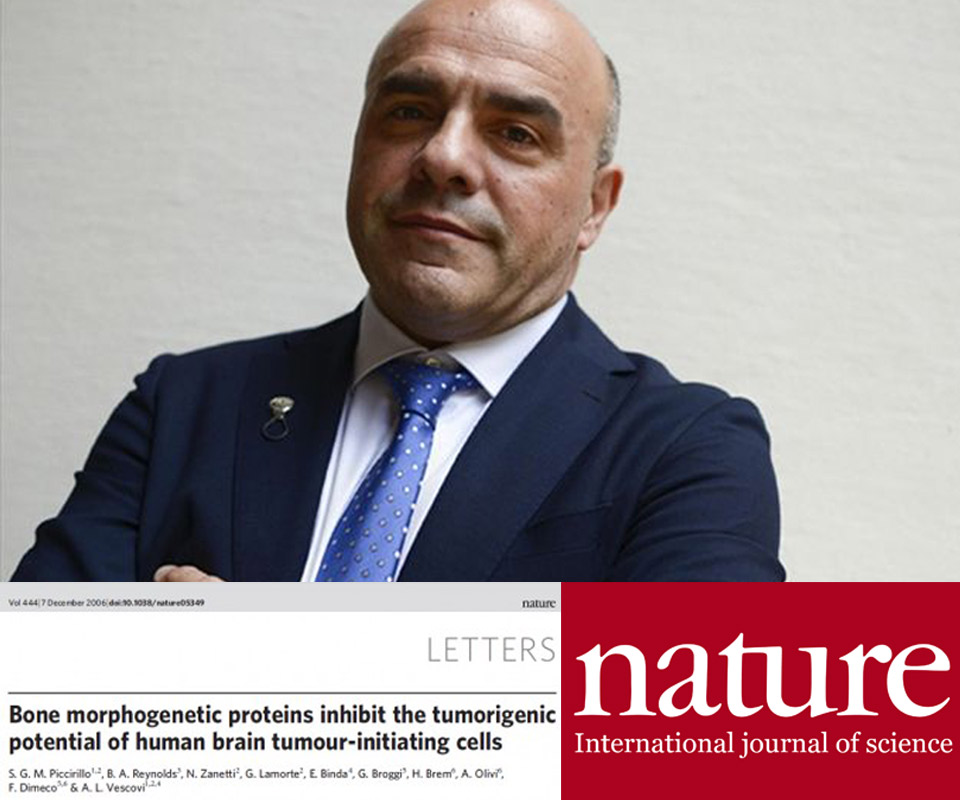 Angelo L. Vescovi, born April 24th 1962 near Bergamo (Italy), M.Sc. in Biology at the University of Milan – Statale in 1987, after his post-doctoral fellowship at the Foothills Hospital Dept. of Pathology in Calgary Canada, becomes Head of the Neuropharmacology Unit at the Istituto Neurologico in Milan. Back to Calgary in 1999, he is designated Vice-director of Neurospheres ltd. Co-director of the Stem Cell Research Institute at the San Raffaele Hospital in Milan from 2001 to 2006, he is currently Associate Professor of Cell Biology at the University of Milan-Bicocca in Italy, scientific director of the non-profit Neural Stem Cells Bank in Terni (Italy) and Head of the Nanomedicine&Tissue Engineering Unit at the Ca’ Granda – Niguarda Hospital in Milan.

His major research fields are the cancer stem cells and neural stem cell studies for the therapy of neurodegenerative diseases, ischemias and spinal cord injuries, with a focus on gliomas and glioblastomas, ALS, Multiple Sclerosis, Alzheimer’s and Parkinson’s diseases. He has authored more than a hundred peer-reviewed papers (including Science, Nature, Nature Medicine, Nature Biotechnology, Nature Neuroscience, Proceedings of the National Academy of Science, some of which averagely cited more than 200 times) and book chapters, with a total h-index of thirty-three.

Due to his expertise in the field and his attention to the bio-ethical aspects of  the subject, he was called in as Emeritus Speaker at the National Academy of Science (Accademia dei Lincei) and at the World Economic Forum in 2000, consultant for the National Committee on Stem Cells of the Italian Ministry of Health and of the House of Lords British Committee on Stem Cells, unique expert for the European Commission and member at the Pontifical committee on stem cells of the Vatican State.

Since January 1st 2010 he has become Scientific Director of the Hospital Casa Sollievo della Sofferenza in San Giovanni Rotondo. 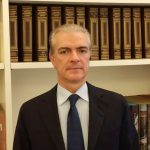 Guido Riccardi holds a Bachelor degree Economics and Business Administration from University Bocconi of Milan in 1980. In the same year, he started his career in Peat, Marwick, Mitchell & Co.     In 1983 Guido Riccardi was admitted to the Roll of Dottori Commercialisti of Milan and since January 1984 to present he started as founding partner in Studio Riccardi-Salom-Tedeschi in Milan.
His specializations include: assistance to merchant banks and private equity funds, both for consultancy to various advisory, for structuring acquisition, incorpotation and administration of new-companies and for assistance in extraordinary operations connected. Actually legal Auditor in a listed company at Borsa Italiana di Milano. 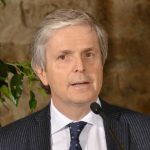 Maurizio Colombo was born in Milan in 1960. Today he is the Vice President of Sapio Group (www.grupposapio.it/en). After taking the Master’s Degree in Law, in 1986 he joined the company and since then he has held various operative positions up to the development of the Healthcare Sector of the Group and the Group’s growth in Europe. He is the creator of the Sapio Award for the Scientific Research and Innovation (www.premiosapio.it).

He firmly believes in the possibility of improving the patients’ life by the development of a coordinated and controlled homecare service web. He chairs the Healthcare Innovation Committee of the Group aiming to find care treatments more and more sustainable for the Healthcare System.

He founded Biorep, the first Italian Bio Bank, committed to biorepository services of any kind of tissues and cells on behalf of third parties. Today Biorep boasts several pharmaceutical companies and some of the most important American Foundations among its customers.

He sits on the Board of Directors and steering committee  of various companies active in biotechnologies. Together with Prof. Angelo Vescovi, he founded the non-profit Association Neurothon, today called Revert and is the co-fouder of Stemgen. 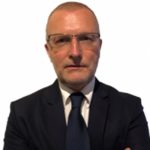 1986-1991 Degree in Economics with honours at Bocconi University – Milano 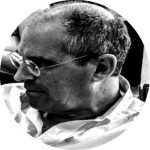 Graduated in Company Economics from the Luigi Bocconi University in Milan in 1985.

Has been on the Milan Register of Business Consultants since 1989.

Since 1985 he has exercised his profession with business consulting firms in Milan and since 1990 has had his own firm (Zingales & Associati), giving tax and corporate assistance to Italian and foreign companies, including banks and companies listed on regulated markets.

Has a specific experience in the corporate and regulatory issues of listed companies and in assistance and consulting in acquisitions and disposal of shareholdings and business arms, contracts and financial negotiations. 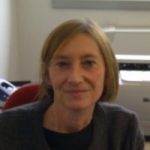 International pharmaceutical executive with 20+ years of experience in Strategic Planning, Commercial P&L and BD&L at Global, EU and Country level within big Pharma and in establishing European operations from scratch for Biotech start-ups. 13 product launches and input into over 60 development projects. Focus on oncology, haematology, specialty and rare diseases.

In the research team, the CSO Prof. Vescovi closely works with a staff of 1 scientist and 1 technician 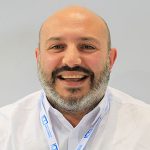 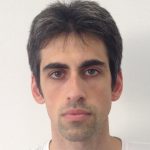 Read more on our approach

Our Research
Our Pipeline